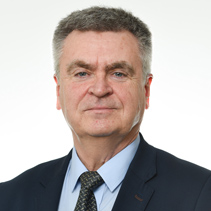 The division is a team of experts in the following fields and scientific disciplines: geology, hydrogeology, geophysics, mining, environmental engineering, energetics and heating. Our employees have certifications to supervise geological activities (including category IV) and mining activities (the team includes manager of mining plant operations, mining geologists, and operations supervision staff). In recognition of many years of scientific work, the team has been awarded with numerous awards and prizes.

The main area of interest of the division is renewable energy, broadly understood, and primarily focuses on research related to the assessment of the resources, production and use of geothermal water. In this field, we deal with both the aspects of energy use and the use of water resources as such (including water treatment, the assessment of the impact on the human body, the utilization of waste waters, etc.). We conduct complex scientific and research activities, starting from basic research through to the development of concepts and technical projects and ending with the implementation, including substantive and investor supervision. In addition, the division is focused on education and the popularization of the use of renewable energy resources and ecology. We provide opinions on environmentally friendly technological solutions, starting from energy-saving construction through to installation systems and ending with devices for the production of electricity and heat. Other research interests of the team include the use of heat pump systems, solar collectors and PV cells. In addition, we focus on the optimization of energy sources using RES.

The division conducts projects with varying degrees of advancement, starting with basic scientific projects, developing concepts and ending with technical projects at the level of feasibility studies. Our employees also carry out substantive and investor supervision, especially in the field of exploration and drilling works related to the acquisition of geothermal water resources. One of the key projects implemented by the division was the launch of the first geothermal installation in Poland in Podhale and the first geothermal borehole reconstruction in Poland at the geothermal heating plant in Mszczonów. The division has also successfully applied for structural funds and funding from European Union research programmes. From 2002 to 2017, several international projects were implemented under the FP5, FP6, FP7, IEE and EEA grants. In addition, the division has carried out several research projects and implementation applications, in addition to dozens of expert opinions and documentations. As part of ecological education, the division organizes meetings between representatives of local authorities and students.

With many years of experience, the division conducts complex scientific and research activities related to the assessment and documentation of renewable energy resources, focusing on the following topics: