The Division of Geodynamics and Environmental Engineering 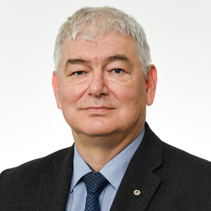 The Division of Geodynamics and Environmental Engineering is a team of geophysicists, geologists and IT specialists with experience in scientific research in the field of engineering and mining geophysics, engineering geology, geomechanics and environmental engineering. The team members also conduct educational activities for students of the AGH University of Science and Technology.

The Engineering Geophysics Laboratory, equipped with modern instruments for seismic, seismometric and georadar field research used in very difficult measurement conditions prevailing in underground and surface mines, landslides sinkhols and deformations on mining terrains is a part of the division. It is worth adding that we also co-organize two regular international conferences: ‘Mining Workshop: human—environment—sustainable development’ (18 sessions as of 2017) and ‘International Conference on Applied Geophysics’ (three sessions as of 2017).

The division conducts commissioned studies for the needs of mining, construction and road companies. In recent years, the team has participated in design and implementation projects during the A-1 highway works, planned as a part of the reclamation of post-mining areas degraded as a result of the shallow mining of zinc and lead ores on the section from Pyrzowice to Maciejów near Gliwice, with the highest risk of sinkholes from Piekary Śląskie to Bytom. In the years 2014–2016, the team has carried out tests on sections of the rock mass, heavily degraded as a result of shallow  hard coal mining , in the area of the Main Heritage Adit in the Guido mine as a part of  Coal Mining Museum in Zabrze.  Seismic surveys of large parts of the rock mass are cyclically conducted in order to identify the hazard of outburst of rock and gas  in the copper ore Rudna mine. In recent years, the team has implemented several dozen research and development projects aimed at identifying and assessing geohazards associated with sinkholes, landslides, surface subsidence, the impact of mining shocks and paraseismic vibrations on objects of various types. It has also investigated the stability of the rock mass around underground mine workings, tunnels, road embankments and flood embankments.

Our division specializes in engineering geophysics, including mining and environmental engineering. Our experience, competencies and knowledge allow us to offer and research services, including in particular:

It is worth noting that field studies are very often supported by various types of two- and three-dimensional numerical modelling with the help of the FLAC3D system and calculations using programmes dedicated to solving specific geotechnical problems.